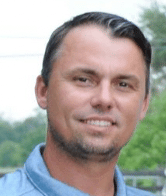 I have written anything on meals in awhile so I thought I would share some different foods and recipes. Monday I started a diet so it will chnage a bunch. I now know how to cook more than I ever have. I learn from the other inmates, especially the ones who have been in awhile. Im going to start listing them with some of the ingredients.

Perosonal pan pizza = large tortilla with little olive oil and water, roll the outside of the tortilla a little then press it down with a fork. Put it on microwaves which makes it hard. Then add pizza sauce and mozzarella cheese, pepproni, pork, jalepenos

Many different types and combinations of burritos

Spam quesdilla = I take large tortilla, spread olive oil and other season in it, add velveeta cheese and spam, I close it and slightly turn the edges over and press it down hard with a fork so it stick together. guys will use the clothes iron to toast it.   Breakfast burritos with similiar ingredients except we use eggs.

Banana pudding = vanilla waffers around outside and then they sell vanilla pudding at commissary and they get bananas from chow haul.

in my food locker I have normal spices they sell at the store, garlic powder, curry, vegetable flakes, cajun spice, minced onions, honey, soy sauce and several others

I have already told you guys about cheesecake and apple pies which are awesome.

They sell so much more in commissary and there are endless things to make. I will literally eat every single one of these meals on the outside when I get out. My favorite meal is probably the orange chicken bowl but I probably eat a version of the sushi bowl or personal pan pizza the most.